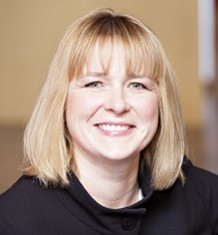 Gillian Crossan is a Director in Market Development at Deloitte. She joined Deloitte nineteen years ago from the pharmaceutical industry and spent the first thirteen years at Deloitte in Strategy and Operations Consulting in the UK and the US mainly for Utilities and Healthcare clients. Gillian has focused in Client Relationship Management for the last six years and works with some of the most recognized brands in the country that are headquartered in the Pacific Northwest. Gillian is Deloitte’s Lead Client Service Partner for Itron and Costco where she leads cross functional teams to deliver the quality and innovative thinking that our clients expect. In addition Gillian manages the relationship with Deloitte for Amazon, NIKE and the Bill and Melinda Gates Foundation. Gillian is the Inclusion leader for the Deloitte Seattle Office, overseeing the various diversity and inclusion programs for Deloitte, including the Woman’s Initiative (WIN) and increasingly providing leadership and insight on inclusion topics for her clients. In addition to her work at Deloitte, Gillian active in the Pacific Northwest Chapter of the Network of Executive Women in Consumer Products and Retail which keeps her close to her consumer business clients. She was one of the founding members of the local chapter and for the last three years has been responsible for programming. Recently she has passed this role to a new lead and has move to succession planning. Gillian is originally from Scotland and graduated from the University of Stathclyde with a degree in Information Science. She lives in the Queen Anne neighborhood of Seattle and with her husband and eight year old daughter. In her spare time Gillian likes to travel, enjoys the outdoors and cooking for friends and family.